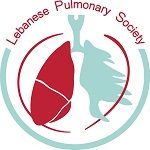 865 attendees, 52 nations and 6 continents were there. Lebanon, Egypt, UAE and Saudia Arabia had each one attendee. Algeria had two.

The symposium started by a scientific symposium entitled “Technical Assistance During Bronchoscopy”. It contained several lectures regarding Endobronchial Ultrasound Assistance, Electromagnetic navigation, Procedural sedation Guidelines, Infection control, Care and handling of the scope, Interventional Bronchology Assist Overview. In addition other topics of interest included Tunneled Pleural Catheter overview and Rigid Bronchoscopy Set Up and Procedure Support. It ended by a Hands On Tutorial.

Worth mentioning for our daily Bronchoscopies is Procedural sedation. Several important points were raised as Safety Checklist, Pre-Induction Assessment and Patient Monitoring q 5 minutes during moderate sedation. The Safety Event Reporting System (SERS) identifies breakdown in processes, opportunities for improvements and reduces the likelihood of recurrence.
Another issue was the prevention of TB during bronchoscopy. This stressed on the
transmission of TB to HCW that should wear N95 respirator with a fit check upon hire and
yearly thereafter. Air Changes per Hour (ACH) were emphasized also. Keeping patients with suspected or confirmed TB disease in the bronch suite or AIIR until coughing subsides is recommended.

The official congress started the following day .Topics presented were Bronchial Thermoplasty, Early Diagnosis of Lung Cancer, and Endobronchial Volume Reduction that attracted a lot of interest and included an introduction of Pathophysiology of LVRS by Frank Sciurba from Pittsburg followed by The Blocking Devices by Armin Ernst from Boston, then The Non-Blocking Methods by Pallav Shah from London and ending by Patient Selection given by Felix Herth from Heidelberg. Truly amazing session elaborating on the current and future interventional therapy for emphysema. Closing anatomical airway passages by bronchial uni-directional valves allowing trapped air and fluids to escape and characterizing a successful high responder sub-group of patients including complete fissure and lobar exclusion. Collateral ventilation and fissure integrity are integral parts in predicting success however long term mortality data are so far not available. Biologic/Polymeric volume reduction by Endoscopic Glue, AeriSeal, Thermal Vapor Ablation and finally Coils for Emphysema were detailed. So the era of Bronchoscopic Lung Volume Reduction is replacing Surgical Volume Reduction .Patient selection remains the keypoint.
The first day ended with Bronchoscopy in Emergent Countries a symposium chaired by Chris Bolliger from Cape Town and Yasar El Sameed from Providence that tackled hot issues as Establishing a bronchoscopy Program, Challenges of Interventional Pulmonology, Pleuroscopy and Thoracic Ultrasound in emerging countries. Necessity is the mother of invention and the use of cystoscopes and face talc added some fun to the presentation from India by Amir Khoja.
The second day started by a keynote address on Lung cancer screening by James Jett from Denver elaborating on the utility of CT scan and futility of CXR followed by other symposia including Education in Bronchoscopy encompassing courses, Assessment Tools and Simulation, Non-invasive Staging of Lung Cancer, Current status of TBNA from the beginning to the Third Millennium and its Role in the era of EBUS, Endobronchial ultrasound and its Genomic Profiling of Lung Cancer and selected topics in Interventional Pulmonology as Endobronchial Management of Prolonged Air Leaks and T-E fistula.

The third and final day started with a keynote address by Heinrich Becker from Heidelberg titled Interventional Pulmonolgy: Past, Present and Future. From Ludwig Turk to Adolf Kussmaul to Jellinek and Freud, Kirstein, Killian to Chevalier Jackson finally to Shigeto Ikeda in Tokyo the journey continued with amazing discoveries and future dazzling innovations as ciliary movement and micro confocal scanning and HIFU (High Intensity Focused Ultrasound). Stents, Pleuroscopy, Radiographic – Bronchoscopic correlation were discussed and finally before the closing ceremony a keynote address was lectured by Jean-Francois Dumon from Marseille who elaborated on the evolution of therapeutic endoscopy for the last 30 years, (www.bronchotraining.org). It was truly a memorable moment to listen to this retired man who apparently is still giving.

The closing ceremony was conducted by Atul Mehta the congress president together with
Thomas Rice, Udaya Prakash and other speakers and Teruomi Miyazawa who welcomed the audience to Kyoto 2014 April 13-16.